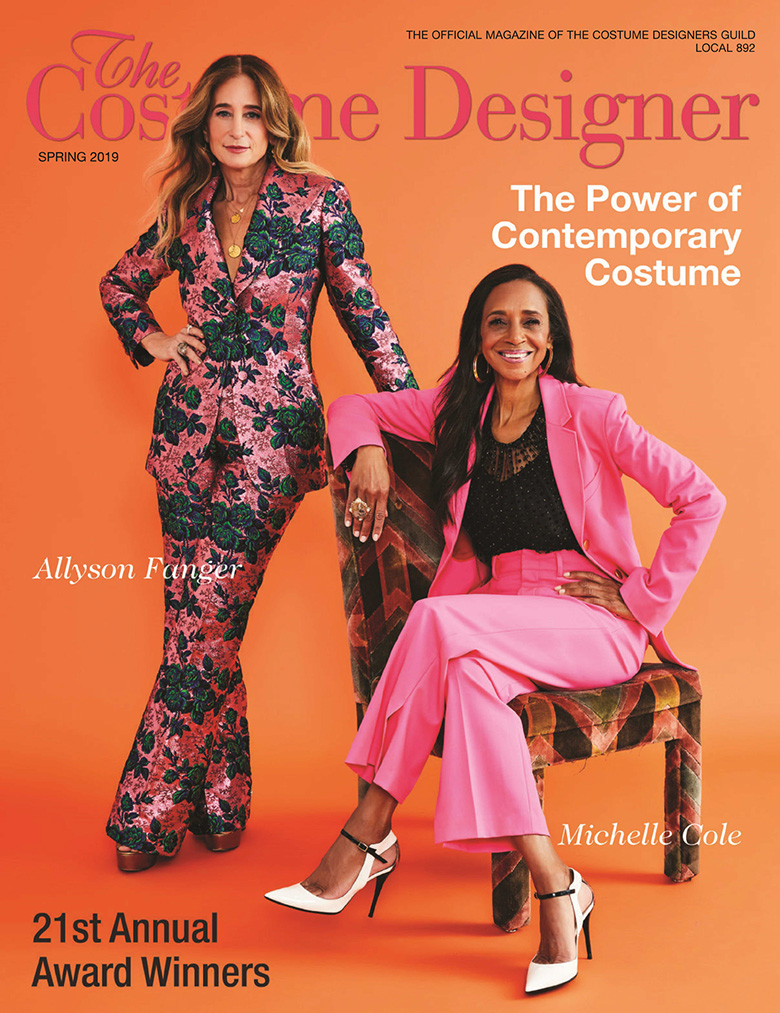 The Italian Costume Designers in Action

Costume Designers can be so focused on their rush of their day and the immediate world of their production, that they lose sight of the broader conversation happening globally. Because Costume Design is an art practiced worldwide, it is vital that each community give support and visibility to the artists in our field. The Italian Association of Production Designers, Costume Designers, and Set Decorators (A.S.C.) President, CDG member Costume Designer Carlo Poggioli and his associate, Costume Designer Anna Lombardi, want to share the success of their recent outreach.
Last December the A.S.C., along with other guilds from the Italian film industry and trade unions, went on strike during the negotiations for the renewal of the National Collective Agreement for Film Crews. Film and television production was shut down throughout the country. As a result, producers were forced back to the negotiating table, and they stepped back from key negotiating positions that the unions found unacceptable. Key to this success was the strategy of outreach and forming alliances that the A.S.C. has embraced in recent years.

To further these goals, the A.S.C. has participated in three years of negotiation to create Artscenico, the European Federation of Costume and Production Design, a network of associations and institutions representing Costume Designers and production designers from all over Europe. Over two dozen representatives from 13 organizations in 11 countries met in Berlin to elect the first Executive Board last November. “The idea is to create a place to connect our skills to the European public. It’s an ambitious proj- ect, but it will be very helpful to address laws about copyright and working conditions.”

As an organization at the figurative and geographic of European production, the A.S.C. has made connecting to sister organiza- tions and government agencies a key component of their efforts. Costume Designers everywhere will recognize the issues that the A.S.C. is addressing from public awareness, gender equality, pay equity, working conditions and the complexities of copyright in the 21st century. In addressing these issues, the focus of the A.S.C. has been to form alliances with other interested organizations and use that experience to advance conditions for their own members. “Once one country does it, it’s easier for other countries to use that as a precedent,” Poggioli says. “So, if we are negotiating with Italian producers, I take those results to Artscenico, so other countries can benefit.”

When it comes pay equality, the A.S.C. has been taking the issue to their contract negotiations and looking to bring attention to the process. Lombardi describes the strategy, “I am in charge of negotiating a new contract with the producers, through this I am introducing an anti-abuse protocol within the national agreement. This topic was actually easier to tackle than gender equality espe- cially in terms of payment. But I think the more we can join forces, the better it is for everyone.”

Information exchange is at the heart of this process. The A.S.C. leadership is always looking to open new lines of commu- nication to fellow Costume Designers, keeping that information in the public eye, particularly when it comes to issues of pay equity. “If it becomes recognized as an international issue, with statistics that prove that it’s a widespread problem, I think it will be easier to get a result. We have a General Assembly coming up to decide whether to go on strike again, so the situation is quite delicate at the moment,” Lombardi explains. “Our anti-abuse and anti-harassment protocol was approved by producers on May 2nd, and though other negotiations are ongoing, that protocol goes into effect immediately.”

The A.S.C. is not just protecting its members. Like the Costume Designers Guild, it is also celebrating them through lec- tures and classes, which have the aim to draw an international audi- ence into our craft. In collaboration with Istituto Luce/Cinecittà and the Italian Ministry of Foreign Affairs, 20 members of the A.S.C. are giving lectures around the world. They visited Los Angeles, Chicago, Washington, Doha, Bogota, and Edinburgh, among oth- ers. Six masterclasses were held in Rome for the Videocitta Initiave which promotes the audio-visual world. During these events, leg- endary Costume Designer and CDG member Gabriella Pescucci, production designer Dante Ferretti, and Francesca Lo Schiavo were honored with Lifetime Achievement Awards.

As the CDG gains ground in the quest for pay equity and recognition for Costume Designers, it is reassuring to know that we are not fighting alone.